Despite the damage it has done to most asset prices this year, the global interest rate shock brought on by an historic bout of price inflation has yet to be fully appreciated by investors as a regime change.

The recent Wall Street Journal article quoted above colloquially throws around the term “pivot” to describe the Federal Reserve’s next action of ceasing interest rate hikes. While we agree with the article’s conclusions that markets are anticipating slower interest rate hikes and that Latin American central banks acted on inflation faster than the Federal Reserve, we think the word “pivot” is misused in this context and deserves a refined designation.

In most recent memory, the “Powell Pivot” was Federal Reserve (Fed) Chairman Jerome Powell’s complete reversal of monetary policy at the beginning of 2019. By systematically hiking rates into a late-cycle economic regime and simultaneously using rigid language to describe the unwinding of the Federal Reserve’s massive balance sheet, Powell froze the junk bond market and sent US stocks into a correction in a matter of weeks in December of 2018.

With respect to inflation, the headline Consumer Price Index (CPI) had peaked at 2.9% in June of 2018 and was cooling to 2.2% by November that year. Core CPI had peaked at 2.4% in July and had cooled to 2.1% by November. The Fed’s preferred measure, Personal Consumption Expenditures Price Index (PCE), was struggling to stay above 2%. The disinflationary regime of the last business cycle had settled in and threatened a deflationary impulse alongside market instability, catalyzing a powerful pivot in language and decision making from the Federal Open Market Committee (FOMC).

In a speech at the Atlanta Fed on January 4, 2019, Powell delivered just the message investors wanted to hear – that the Fed will be flexible on policy and is in no hurry to raise interest rates. “If we came to the view that the balance sheet normalization or any other aspect of the normalization was part of the problem, we wouldn’t hesitate to make a change”, he said. Given the one side of the Fed’s dual mandate, price stability, had far from any tail risk at the time, Powell was able to pivot and prioritize economic growth and financial stability at all cost. 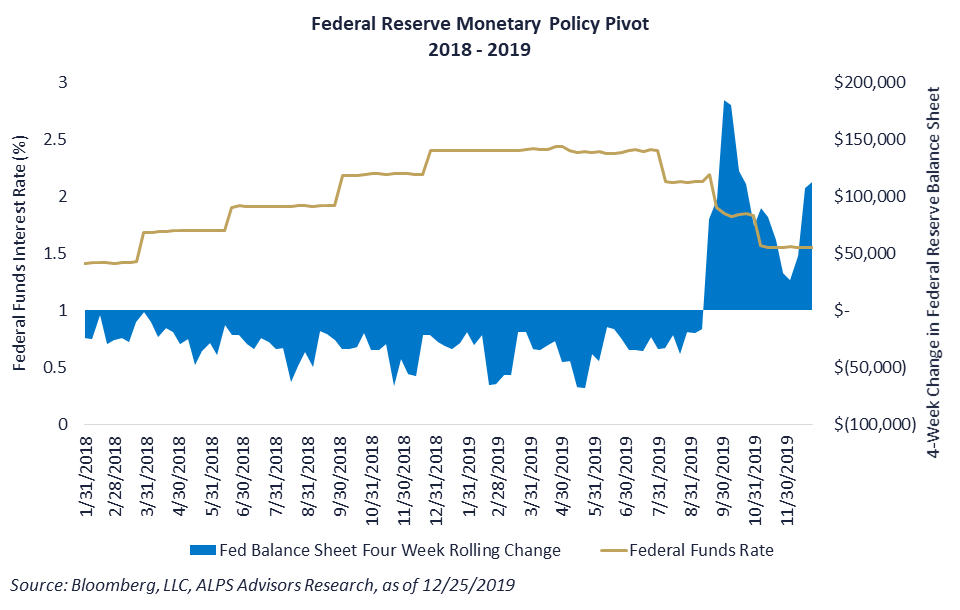 While most investors and central bankers are expecting a slower pace of rate hikes from the Federal Reserve moving forward into 2023, it might be premature to conflate this expectation with a pivot in monetary policy like we saw in 2019. First, the October headline and core CPI readings of 7.7% and 6.3% dwarf the “safe” levels the Federal Reserve dealt with back then. The same goes for the preferred measure of headline and core PCE of 6.3% and 5.2%, respectively. Digging further into the PCE shows that the Services component is still climbing at over 50 basis points (bps) month-over-month while the real Services PCE (demand) has yet to get back to the pre-COVID-19 trend line from the last cycle.

These levels may be topping with the most recent decline in inflation, allowing for a counter-trend disinflationary environment in the coming months, but the underpinnings of inflation – namely a decline in labor supply, underinvestment in raw materials, geopolitical tension and domestic populist political pressures – are longer term secular trends with staying power.

Thankfully, we can vividly see the expectation of the next Fed pivot because the market prices this into both Eurodollar and Fed Fund Futures contracts on a real-time basis. 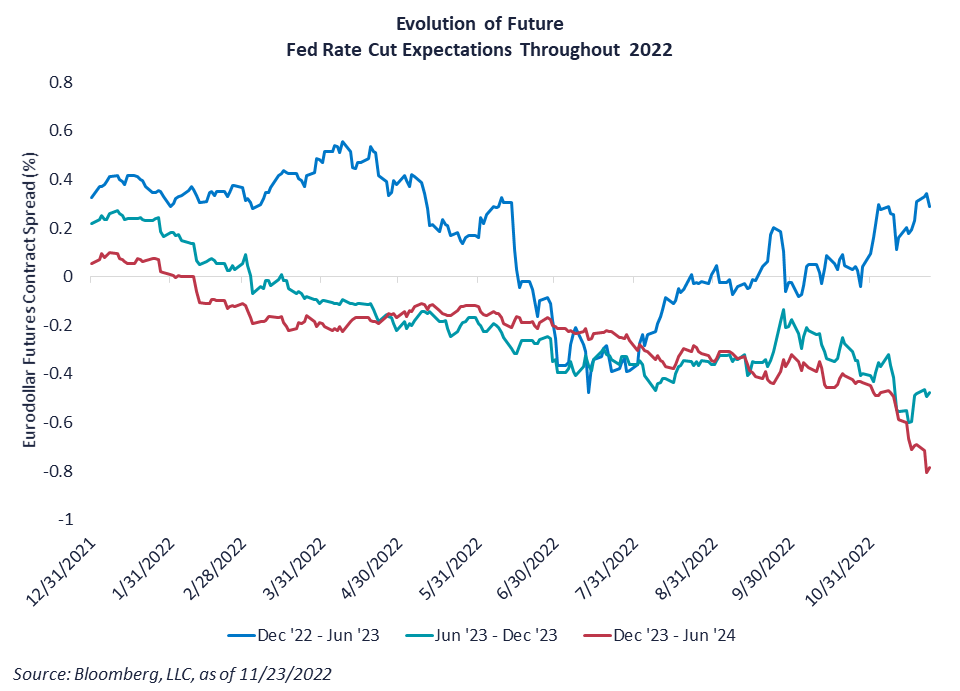 We caution the usage of the word “pivot” to describe any action taken by the Federal Reserve in the next couple of quarters. Merely ceasing to raise interest rates at increments of 75bpsat successive meetings is nothing like the policy pivot we saw in 2019. While the first derivative of interest rate hikes is expected to decrease, monetary policy is still becoming more restrictive with each FOMC meeting.

The market’s quick response to a flexible and dynamic Federal Reserve reaction function may be too algorithmic and over fit on the most recent historical regime of secular disinflation. Given the secular forces driving inflation and the relationship of all asset classes to the yield curve, the implications for asset allocation are significant. Portfolio construction that worked for the past 30 – 40 years may no longer be optimal, as those algorithms are not fit-for-purpose in this more complex and interconnected investment paradigm. Rather, we believe the current environment is ideal for forward-looking risk managers and dynamic asset allocation.

SS&C ALPS Advisors discusses the incentive to remain invested at the current risk premiums in the aftermath of one of the largest rate shocks ever.