The high Consumer Price Index (CPI) print last month followed by a 75bps hike in the FFR seemed to mark the tipping point for energy market participants, who decided the Federal Reserve (the Fed) was going to push the US into a recession in their attempt to get inflation under control. Indeed, many are arguing that they have already succeeded, and the recession is already here. 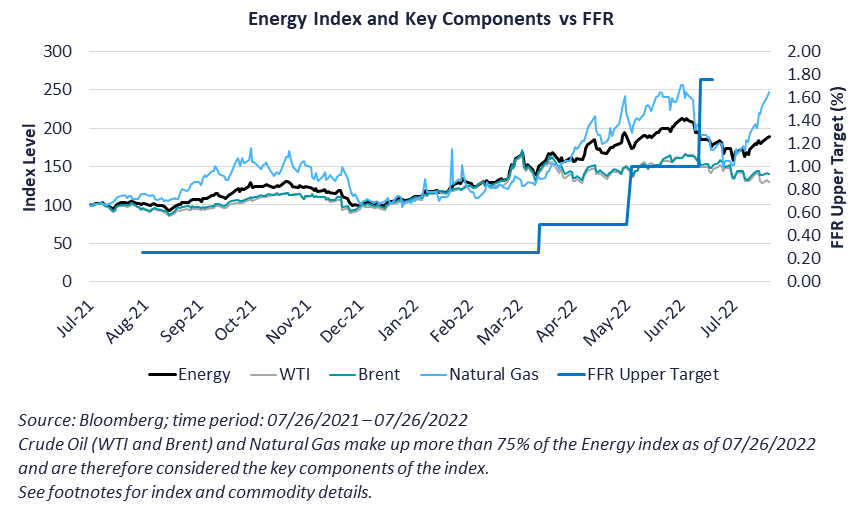 If the US is in or headed for a recession, demand is likely to be sucked out of energy markets due to a general slowdown in economic activity. However, investors should keep in mind the current state of the supply side of the equation and the importance of geopolitics in resolving the same. 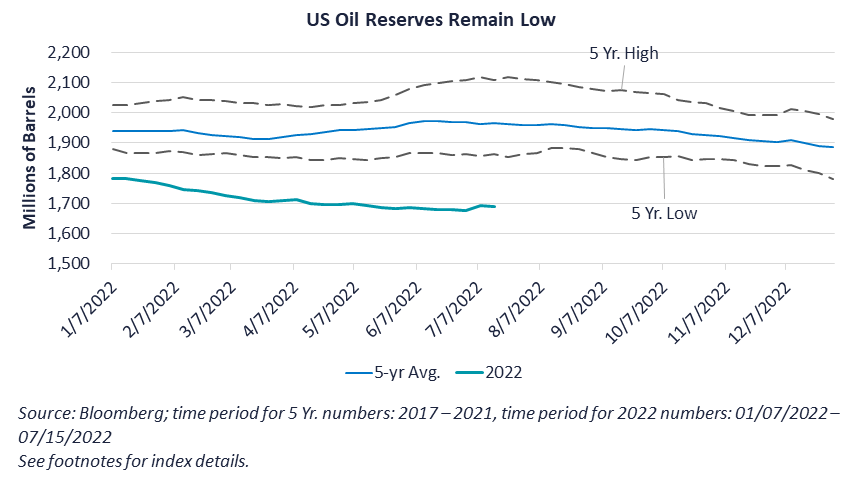 Oil reserves in the US remain low and rig counts in operation have increased steadily—which is to say they have not kept pace with the rapid advances in the cost of energy. If energy demand in the US is truly crushed by a deep recession, it is possible the supply side problems will be negated. However, if the recession (whether it’s here already or materializes in the near future) is relatively mild and demand moderates instead of dropping off, there may still be significant market tightness. 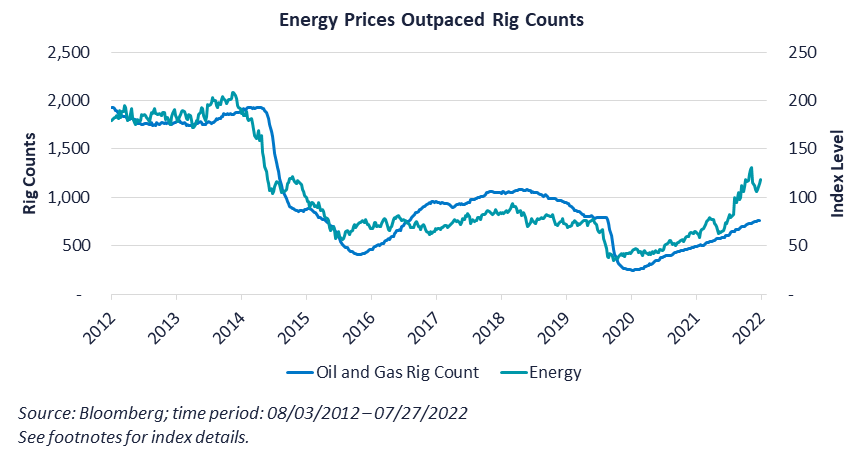 The biggest external wildcards, which seem to have dropped off the media’s radar, remain the Russo-Ukrainian War and China’s reopening. The fact that we aren’t being constantly bombarded with stories about the war only indicates that the media as attention seekers and we as attention providers have lost interest in stories of death, destruction and chaos; it doesn’t mean that the war is wrapping up. 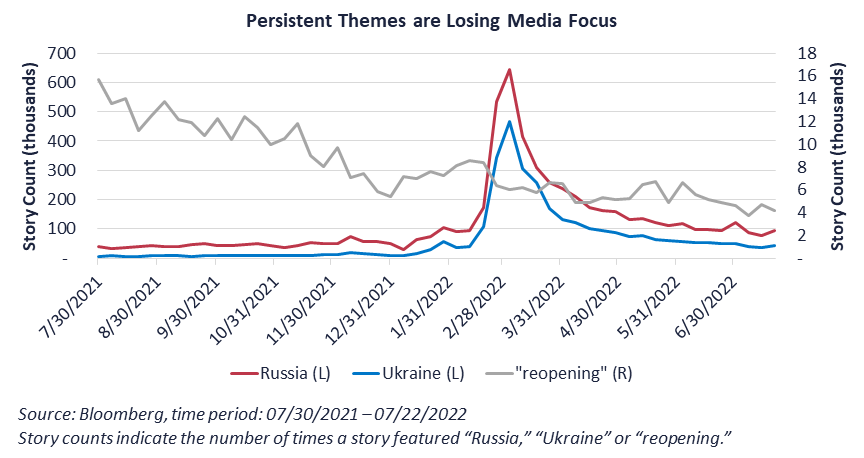 Russia retains the ability to weaponize its exports of natural gas and oil at any time, and they may be doing just that already with the recent throttling and “maintenance” on Nordstream 1. Europe remains heavily dependent on Russian natural gas, which flows through US markets in the form of higher prices on LNG exports. Similarly, for oil, US and allied nation sanctions on Russian oil have been less effective than anticipated, meaning Russian oil is still making its way into the global market. This means Russia still holds significant leverage on the world stage, and the structure of the government means economic hardship at the household level doesn’t hold the same sway with political leadership than it does in the US. It may be preferable for Russia to simply keep pumping oil and gas to finance its war efforts, but cutting flows to pressure changes in other countries’ policy toward Russia is a possibility.

Finally, Chinese production and demand has been seriously hampered by lockdowns, a topic we’ve covered before. You may recall that all activity in Shanghai ground to a halt in Q2 and impacts from that lockdown are likely still working through the system. It remains to be seen how long China will maintain the zero-Covid policy, but the ruling party’s historical focus on economic growth indicates they may make a narrative shift in the near future in an attempt to reignite some of the growth momentum that was lost during the pandemic.

After the recent drawdown in energy prices, the consensus narrative appears to be shifting toward “it’s only down from here.” While a deep recession in the US may be enough to bring about that new narrative, it’s important to consider contrarian perspectives. If the decline in economic activity in the US is mild, the subsequent increase in demand as the US leaves recession territory will find energy markets still in serious turmoil.

SS&C ALPS Advisors analyzes how the impact of the Bank of Japan’s actions and a volatile Japanese Yen reverberate through the interconnected global market.

SS&C ALPS Advisors analyzes the recent tumble in energy prices with a focus on the supply/demand side of the equation.

SS&C ALPS Advisors examines the uses and (misuses) of confidence in building portfolios.